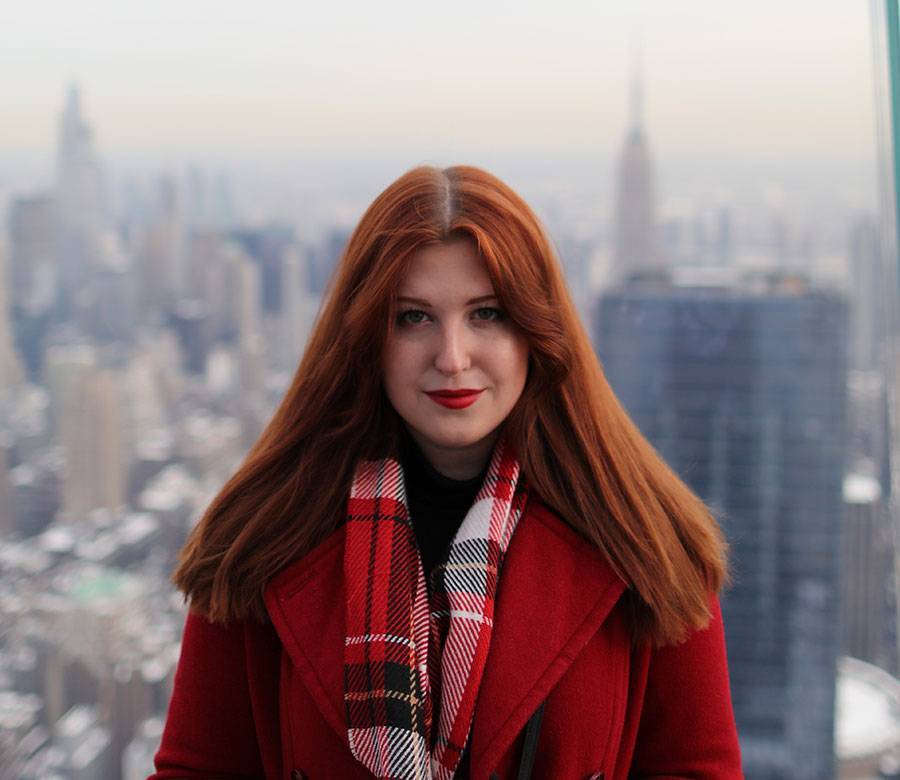 Saint Jane Beauty burst onto the scene in 2019 with just one hero product: the Luxury Beauty Serum crafted with 500 mg of full-spectrum CBD. At the time, CBD was a new ingredient to the beauty space and still had numerous regulations around it, but founder Casey Georgeson knew that it needed to be introduced to the luxury skincare market. In less than two years since its launch, Saint Jane Beauty has been picked up by Sephora and has extended its offerings to include a variety of CBD-infused products, including its new Hydrating Petal Cream. We recently had the opportunity to speak with Georgeson about the seemingly overnight success of the brand, as well as some of the pitfalls that came with being a pioneer in the CBD beauty space. Keep reading for the full interview.

After developing quite a few major beauty brands, what made you want to step away and build your own?


Before beauty, I started building brands in the wine space. Back in 2005, I worked for a big company called The Wine Group where I created a brand called Cupcake Vineyards. It's the first brand I ever created and it went on to do really well. I went to business school after that and really had an itch for beauty. So I worked for Sephora as their first MBA intern in the summer of 2007. It was absolutely amazing — and I knew that's what I want to do when I graduate.


After graduating, I worked at Kendo and Sephora where I created Marc Jacobs [Beauty], Elizabeth and James and Disney for Sephora. I always had this love for creating brands, but I knew that being a founder was a totally different beast. It was going to catapult me into this world that I wasn't sure I was comfortable with — I always loved being the one behind the scenes and that there was someone else telling the story of the brands.


I sort of toyed with the idea of making my own brand but I didn’t have the big idea that was going to inspire me to take that leap of faith into the world of being a founder. Then I discovered CBD and all of a sudden it was the clearest idea for a brand that I'd ever had. I thought that this molecule is so fascinating for skincare because of the anti-inflammatory benefits, and the fact that it's packed with powerful antioxidants. I thought this is one of the most exciting skincare ingredients of our time, and the brand came together very quickly after that.

Did you expect not only CBD as an ingredient, but also the brand to blow up as quickly as it did?

No, and looking back on that 2019 launch time frame, it was like a cannon out of the gate. It just felt like a ‘wow’ moment that this brand really grabbed people's attention and kind of captivated their hearts and minds more than any brand I've ever worked on. It just had such an instant connection with the community that we built. I'm really proud of that because we have been self-funded, tiny and scrappy — it's not like we had huge budgets behind us. Every other brand I've ever created was for a giant company and they had the launchpad to bring it to life. For this it was a small and mighty team that was working out of my house. I'm really proud of it.

Were you ever apprehensive to create a product with CBD since there were so many regulations around it?

I probably shouldn't have been as bullish as I was, but it seemed so unreasonable that CBD would be treated like anything other than a vitamin. I was very righteous about it — I was like, ‘This has to be in skincare. It's very good for you.’ Knowing what I know now about just how much trouble I could've gotten into back then when it was still a schedule one substance — right up there with heroin — which is just nuts to even say out loud...I could have gotten into a lot of trouble. But I was in California where they had just legalized cannabis and I thought, it's okay. We went on the national stage after they passed the farm bill [which legalized CBD products]. I was just so confident that it was the right molecule to be working with for skincare, that I felt like everything was going to catch up — and it has, but I was probably a little bit big for my britches.

Would you consider yourself somewhat of a CBD pioneer for others who want to bring it into the beauty space?

I say CBD is a lot like post-prohibition time for wine because that's the background that I came from, and it does feel a little bit like that. It feels like the wild west still — there are a lot of brands that have already come and gone, but there's so much room for so many brands to succeed. And I really do believe that we are so much stronger together and everybody has their own lane. It is fiercely competitive and it's an industry that has so much potential. But you know, I'm the first one to stand up and say, ‘if you want to start a CBD brand, I will help you because I've learned so much about what not to do.

There've been so many things that have evolved since we started and the regulations change so quickly. So I am always more than happy to share my knowledge with other brand vendors who are getting started so they can avoid some of the pitfalls.

Your latest launch is the Hydrating Petal Cream — what was the inspiration behind it?

I was inspired by how soft flower petals are. We were working on a photo shoot for the Luxury Beauty Serum and we were putting out all these petals and botanicals, and I was like, ‘these petals are so unbelievably soft. Why are they so soft? What gives them that texture?’ It's this beautiful combination of hydration and nutrients.

So we started developing this formula with the idea that we wanted that really lightweight, featherweight texture, but we wanted to really empower deep absorption of this hydration. So the formula is very unique — it doesn’t feel like a rich cream but also gives your skin all-day hydration. For the flower extracts It was really about what flowers were going to complement the calming benefits of CBD and the elasticity of the skin. So it's the hibiscus, the magnolia, the frangipani, the pink lotus and the daisy that all have a really beautiful benefit for the skin on their own but come together as a symphony-like bouquet of flowers in the formula. 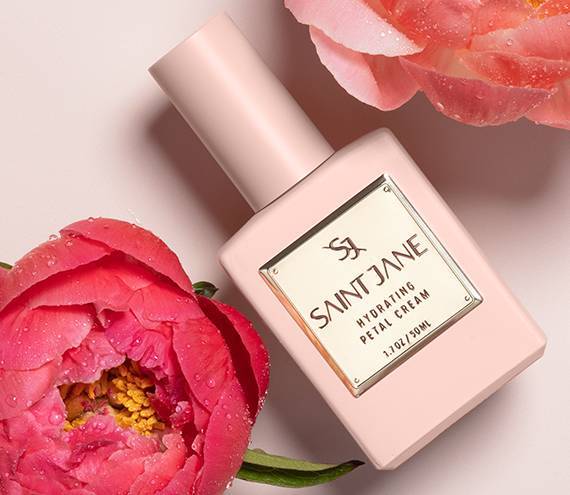 What is one beauty tip you wish you could tell your younger self?

It’s not the most dramatic, but drink a lot of water. It's sort of a cliché one to say, but I notice such a difference when I haven't had enough water for the day. My skin is glowy and plumper when I have tons of water. Figure out how to keep hydration in your day — even if it’s in the annoying ritual of sipping water all day long — because it does show up on your skin.

What is one skincare trend you are loving right now?

I really love the philosophy that aging is a gift. And I love this idea that anti-aging isn't the goal. Like, do you want to live to be 95 or do you not? Gracefully lean into the idea of getting older and loving your skin, despite the fact that it's showing all of your laugh lines as like the roadmap to your past. It is the only skin you're going to have your whole life, so stop being angry with it, stop fighting with it, stop criticizing it, just know that it's yours and it's the only skin you'll have. So I really like that that shift is happening.

Career Diaries: How the EADEM Founders Are Reframing the Industry’s Approach to Melanin-Rich Skin