5 Foods You Should Avoid for Flawless-Looking Skin 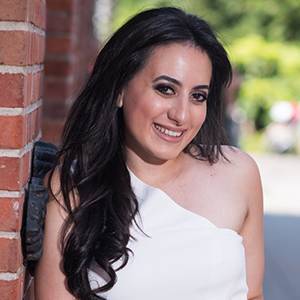 Pizza, hot dogs, French fries, cappuccinos—we all love to consume them. But can these foods and beverages do more harm than good to our skin when consumed in excess quantities? To find out which foods to avoid—or at least which to eat in moderation—we tapped registered dietician Lisa Mikus of Laura Cipullo Whole Nutrition Services. Spoiler alert: You might want to rethink your umpteen cups of morning coffee.

We rely on caffeine to wake us up and get us through the day when we’re feeling exhausted. But like all good things, there are some downsides to excess caffeine consumption. Some people are more sensitive to caffeine than others and may—after even just a small amount—experience unwanted side effects like restlessness and sleep problems. How does this relate to your skin? When you aren’t catching enough shut-eye at night, your skin can show visible consequences. It’s during deep sleep that our surface skin cells undergo repair. If you cut that time short or are simply unable to fall asleep due to excess caffeine in your system, you might be left with the appearance of fatigued, tired-looking skin. Also, since our skin manages any potential imbalances of moisture levels during sleep, a lack of Zzz’s can manifest as the appearance of dry skin. “Dry skin enhances the visibility of fine lines and wrinkles,” says Mikus. “Furthermore, when your skin gets too dry, your sebaceous glands can react by creating more oil than normal. Combat a caffeine-related complexion catastrophe by drinking equal amounts of water as your caffeinated beverage intake.”

How much caffeine is too much? According to the Mayo Clinic, up to 400 mg of caffeine a day appears to be safe for most healthy adults. That's roughly the amount of caffeine in four cups of brewed coffee.

2. Foods with a High-Glycemic Index

Research from the Journal of Academy of Nutrition and Dietetics has shown that high-glycemic load diets may exacerbate acne. Similarly, a randomized, controlled study featured in a 2007 article in the American Journal of Clinical Nutrition suggests that a diet with a low-glycemic load may improve the appearance of acne symptoms. “Foods with a high-glycemic index break down into simple carbohydrates; these include things such as high fructose corn syrup (found in soda), cupcakes, white bread, and table sugar,” says Mikus.

Deli meats and hot dogs, while tasty, are notorious for their excessive sodium content. “Excessive consumption of sodium can lead to water retention, leaving your skin looking worn and puffy, especially under the eyes,” says Mikus. The American Heart Association recommends adults consume no more than 1500 mg of sodium per day. “Always remember to check the nutrition label for the sodium content,” advises Mikus.

Alcohol—a diuretic—can contribute (when consumed in excess) to the dehydration of the body, and thus the skin, making it appear less plump and fresh. “After a night of excessive alcohol consumption, your skin may appear dull, may not bounce back when touched, and wrinkles may be more visible—all signs of dehydration!,” says Mikus. Luckily, you don’t have to swear off alcohol forever, but rather you can indulge in moderation. According to the National Institute on Alcohol Abuse and Alcoholism, moderate alcohol consumption for Americans is up to one drink per day for women and up to two drinks per day for men.

Curious to learn more about how those glasses of bubbly can affect the skin? Read this!

Highly processed foods such as frozen dinners are usually extremely high in sodium. “In addition, these foods may lack nourishing phytonutrients, vitamins, and minerals,” says Mikus. “The combination of high sodium content and low water content in these foods can result in the appearance of dry, puffy skin.” Opt for a diet comprised of fresh fruits and vegetables to provide your body with phytonutrients, vitamins, and water.