6 Types of Breakouts and How to Address Each One 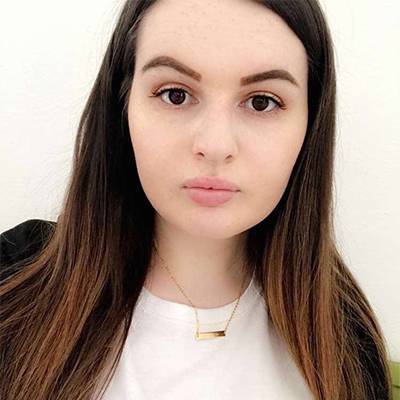 As far as identifying types of acne goes, blackheads are one of the easiest. Those little dark specks scattered across your nose or forehead are most likely blackheads. According to the American Academy of Dermatology (AAD), what happens is this: Your pores become clogged with excess oil, bacteria, and dead skin cells and when that debris-filled pore stays open and oxidizes when exposed to air, it forms a dark-hued clog (aka a blackhead). It may come as a surprise that the name is a slight misnomer; in reality, the oil that clogs your pores turns brown, not black, when exposed to the air. Thanks to Mayo Clinic for clearing that up for us!

Although your immediate response may be to attempt to scrub it off, this isn’t the right way to manage blackheads. Since they aren’t dirt, scrubbing won’t help wash them away. In fact, it’s likely that scrubbing may aggravate and worsen the appearance of acne. Your best bet is to consult your dermatologist who may recommend using a retinoid and benzoyl peroxide wash to help reduce the number of acne blemishes. If you don’t see improvements with these types of topical treatments your dermatologist could prescribe a prescription-strength acne treatment, or use special tools to extract the blackheads from your skin—something you shouldn’t attempt at home, no matter how tempting it may be.

Whiteheads and blackheads are basically the sisters of breakouts. Pretty similar, with a slightly different style. They both begin the same way, when your pores become clogged. The major difference—besides their color—is that with a whitehead, the pore closes up instead of staying open. When it closes, a tiny bump that’s white or flesh colored appears, and that’s a whitehead.

Since a whitehead is another form of a clogged pore, you can address them in a similar way as you would a blackhead. That means if your skin suffers from both, you won’t need separate products or routines to manage each type of breakout. A small silver lining! (When it comes to acne, we’ll take them where we can get them.)

Now, it’s time to talk about pimples. Yes, the words acne, breakout, and pimple may be used interchangeably, but pimples are something different. According to the Cleveland Clinic, while whiteheads and blackheads are the earliest visible indicator of acne, they can progress into pimples. These pimples form when excess oil, bacteria, and dead skin cells manage to push deeper into the skin, causing redness and swelling. What you’ll see are small, red bumps, or papules. To the touch they feel hard, and the AAD even compares the sensation to that of sandpaper. Talk about rough texture!

Addressing papules isn’t so different from how you’d take care of a perfectly clear complexion. You’ll want to continue washing your face twice daily, but instead of using whatever old cleanser you have next to the sink, switch to a face wash formulated with benzoyl peroxide or salicylic acid, which are two ingredients that help manage breakouts. For more extreme cases, it’s always a good idea to set up an appointment with your dermatologist.

If you often find yourself popping your pimples (hey, stop that bad habit), pustules are likely what you have. These pus-filled pimples are a lot like papules, except they contain a yellowish fluid. Looking at them, you’ll typically see a yellow or white center, which is the pus at the tip.

While they may be tempting to pop, especially if you’re a fan of all those ever-popular pimple-popping social media videos, that certainly isn’t the best way to deal with a breakout. You probably, err definitely, want to limit the likelihood of scarring, so skip popping. Instead, be consistent with washing your face with a cleanser formulated with benzoyl peroxide or salicylic acid for at least 6-8 weeks. If you aren’t seeing improvements past that time frame, it’s a good sign that you should head to your dermatologist’s office.

As if acne wasn’t enough of a pain to deal with, sometimes it’s seriously really painful. If that’s the case with your breakouts, you may have acne nodules. The Mayo Clinic states that nodules are large, solid, painful lumps that sit beneath the surface of your skin.

If you think acne nodules are what your breakout consists of, you’ll want to get an appointment with your dermatologist ASAP. According to the AAD, nodules can cause scarring, and the sooner you and your dermatologist address them, the fewer permanent scars you’ll likely have.

Nodules aren’t the only type of acne that could be causing you pain. Cysts are just as painful, but rather than being solid lumps, they’re filled with pus. Oh, joy.

Of course, cysts still necessitate a trip to the dermatologist, as they’re just as likely to lead to permanent scars.

And that’s it—the six types of acne! Now, you’re in the know.